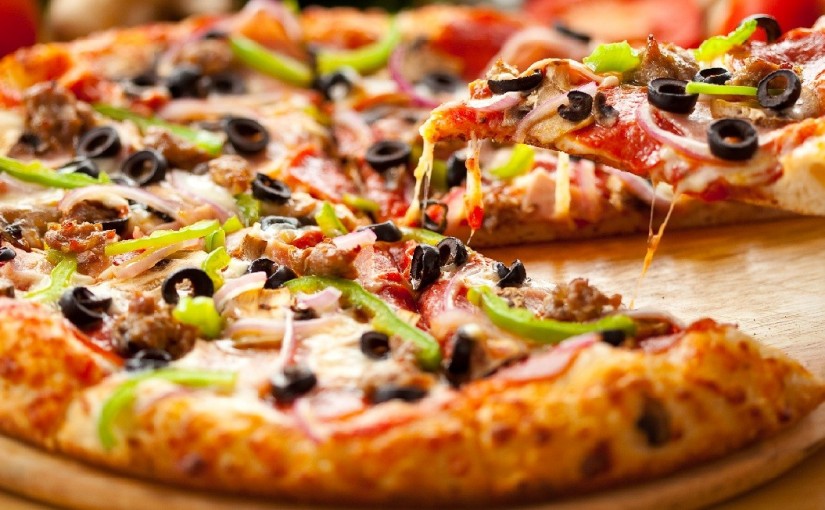 If you’re like us, the very sound of the word brings a smile to your face. It’s one of the most popular foods all across America, and why not? It’s great to be able to have a steaming hot pizza delivered when you’re in a hurry. We also love sitting down and taking our time over a savory pie with family and friends. While we’re on the subject, here is a list of our favorite 10 fun pizza facts we’ve compiled for you.

Did you know that the creator of the bullet-proof vest was a pizza delivery man? Richard Davis, a Detroit pizza delivery man held up at gunpoint in 1969 created the first prototype out of a roll of nylon and the straps from his car’s seatbelt! He went around to police stations shooting himself in the chest to demonstrate its power. Later, Davis created a second vest design using Kevlar, which is 230% stronger than nylon!

October has been officially designated National Pizza Month in the United States since 1987.

Antica Pizzeria is the world’s first known pizzeria, opening in Naples, Italy, in 1738.

More than a third of all pizzas contain pepperoni, at 36%. Americans enjoy more than 251,770,000 pounds of pepperoni each year.

Many other cultures love pizza as well, although their toppings preferences are sometimes quite different. For example, Japan favors squid and Mayo Jaga (a mixture of mayonnaise, potato and bacon) atop their glorious pies.

How much pizza would you guess Americans consume per day? The answer is stunning: more than 100 acres of pizza, which is equal to about 350 slices each second. We love it!

Have we made you hungry yet? Pick up the phone, or come and visit us at Luca’s Pizzeria, located at 2658 New Salem Hwy in Murfreesboro. We’ve got a special pie waiting just for you!